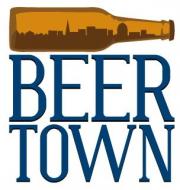 What objects serve as a town's "artifacts"—carrying the collective memories of citizens forward over time and telling their story? dog & pony dc's theatrical production—Beertown—places audience and performers on an even playing-field to actively explore the dynamic and tenuous relationship between individuals and their community. Beertown is an interactive exploration of American history, civic ritual, personal identity, community and memory, that incorporates live music, dance, group storytelling, and map making... and every performance begins with a dessert potluck. Part-civic ceremony, part-theatrical pageant, Beertown welcomes audiences into an imagined town and engages them as its citizens in revisiting and revising its history. The framework of the performance is a town celebration, held every five years, to unearth the town's time capsule and review the items entombed within. Woven into the framework are "antecedents," theatrical moments that provide insider perspective into the town, its citizens, and history. As always, dog & pony dc seeks to reflect the current social and political zeitgeist of the Washington, DC area. As this area gears up for major national elections, Beertown begins preparing us for civic participation and engagement. "We're tapping into the region's political energy and are focused on inspiring positive participation," says ensemble member Elaine Yuko Qualter. "Beertown reminds us that our individual votes count and we can have civil, high-impact debate with our neighbors." dog & pony dc has further honed its methodology of "audience integration" through the creation of Beertown. The company passionately believes in the integral role of the audience in performance. "We've found DC audiences hungry for this type of experience," says Rachel Grossman director of Beertown. "It activates, and therefore amplifies, the audience's role. Audience members become more invested as they openly collude with the performers in making this event—the performance, the show—successful. It cranks up the electricity of the experience…makes it possible for someone to 'go to 11'." Beertown includes a number of social media components to allow for audience integration outside the theatre walls, leading with the town's website: visitbeertown.com.