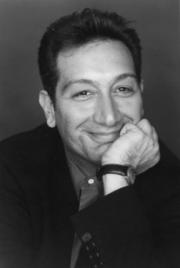 Moisés Kaufman is a Tony and Emmy nominated director and award-winning playwright.

Mr. Kaufman’s plays Gross Indecency: The Three Trials of Oscar Wilde and The Laramie Project have been among the most performed plays in America over the last decade.

The Laramie Project opened at The Denver Theater Center in March 2000 and moved to New York on May 18th 2000 . Time Magazine called The Laramie Project "one of the 10 best plays of 2000" and it was nominated for the Drama Desk Award for Unique Theatrical Experience. In November 2000, Mr. Kaufman took his company to Laramie, Wyoming to perform the play there. In 2006, The Laramie Project remains one of the most performed plays in America today.

Mr. Kaufman also directed the film adaptation of the The Laramie Project which aired on HBO.  The film’s cast included Peter Fonda, Laura Linney, Christina Ricci and Steve Buscemi among others.  It was the opening night selection at the 2002 Sundance Film Festival and won a Special Mention for Best First Film at the Berlin Film Festival.   Mr. Kaufman received two Emmy Award nominations for Best Director and Best Writer.

Gross Indecency ran for over 600 performances in New York . He also directed it Los Angeles (Mark Taper Forum), San Francisco (Theater on the Square), Toronto (Canadian Stage) and London 's West End (Gielgud Theatre). The play has been produced in over 40 cities in the U.S. and in dozens of cities abroad. For Gross Indecency, Mr. Kaufman won the Lucille Lortell Award for Best Play, the Outer Critics Circle Award for Best Off-Broadway Play, the Garland Award (Los Angeles) for Best Play, the Carbonell Award (Florida) for Best Play, the Bay Area Theater Critics Circle Award for Direction, the GLAAD Media Award for New York Theater, and the prestigious Joe A. Callaway Award for direction given by his peers in the Society of Stage Directors and Choreographers.

Other directing credits include Macbeth (Shakespeare in the Park), Master Class with Rita Moreno (Berkeley Rep), This is How it Goes (Donmar Warehouse), Lady Windermere’s Fan (Williamstown), Women in Becket, Machinal, In the Winter of Cities and The Nest.

Mr. Kaufman is currently working on his adaptation of One Arm by Tennessee Williams, as well as further plans for 33 Variations - about Beethoven's Diabelli Variations.  Mr. Kaufman is a Guggenheim Fellow.